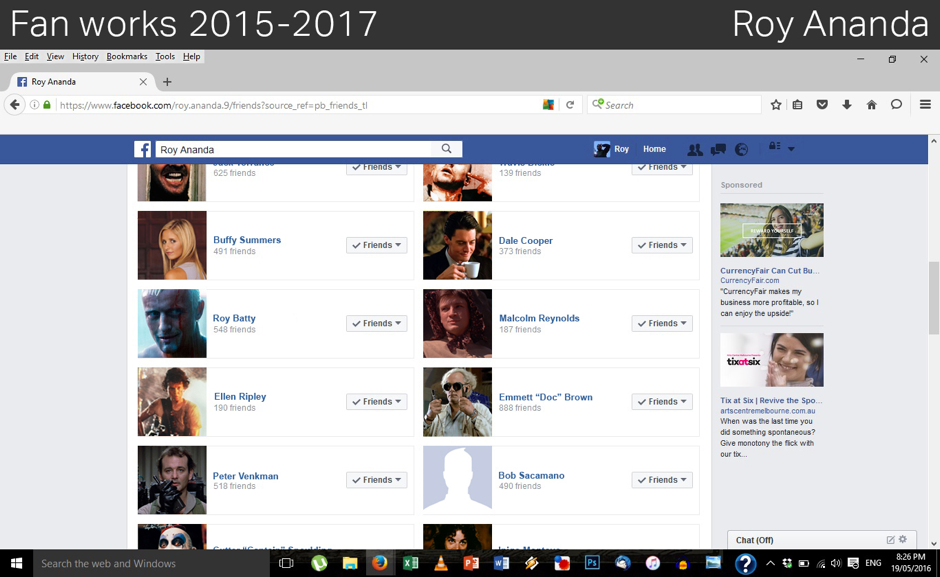 Posted at 09:01h in Past Exhibition by admin

Fan works 2015-2017 comprises selected works produced during the course of a post-graduate research project. This project has considered how the creative practices of ardent pop-culture fans might inform a studio-based visual art practice. While the term ‘fan’ may have once been used to refer to a passive consumer of popular media, contemporary fans of the horror, science-fiction and fantasy genres are increasingly involved in the creation and development of shared fictionaluniverses. By engaging in activities such as cosplay, replica prop-building, role-playing games and the writing of fan fiction, devoted fans re-experience, commemorate and extend on the various imaginary worlds they inhabit. Using my own pop-culture infatuations (such as Star Wars, Dungeons and Dragons and the weird fiction of H.P. Lovecraft) as starting points, the resulting works are intended to act as material analogues of fannish traits and tendencies. In some cases, the works employ the fan’s penchant for annotating, commenting on and sharing trivia about their predilections. Others attempt to bridge fantasy and reality by making physical, real-world approximations of fictional phenomena. In highlighting the gap between make-believe and making-do, the work considers the potential for humour and pathos in this discrepancy. It is my hope that collectively, these works operate as both a critique of fandom and a celebration of childlike enthusiasm surviving well into adulthood.

As a part of the Wonderwalls Festival (a celebration of Art in large scale, bringing together numerous local, national & international artists to the City of Port Adelaide from April 21-23 2017) Head along after our opening to the Saturday night street party where you can enjoy great food & drinks amongst the artists and beautiful backdrop of the Flower Shed on Mundy St till 11pm.